Last Saturday I found a hidden gem in Portsmouth, Virginia, Hoffler Creek Wildlife Preserve, which will be my one of my new “favorite places” to escape and enjoy the natural beauty and habitat of our region. I was in awe of this 142 acre wildlife preserve including walking trails and beautiful views of Lake Ballard. It is an educational opportunity to learn and see the habitat native to region. For the outdoor water enthusiast, you have the opportunity to rent kayaks to capture the “view” from the water. Its location sits at the mouth of the James River, connecting to the Chesapeake Bay which provides a amazing views of this region. 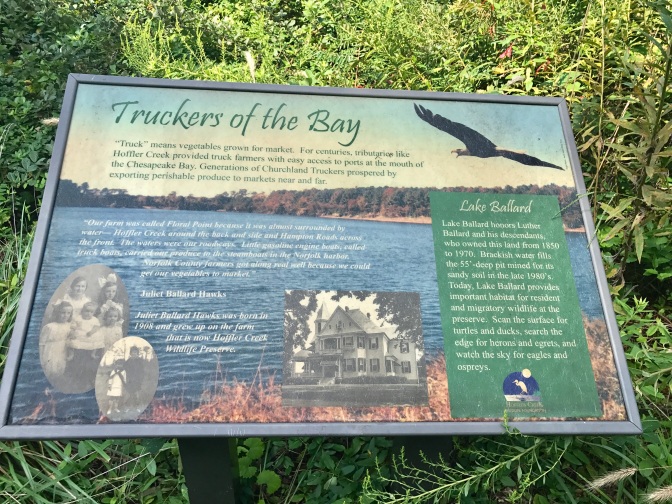 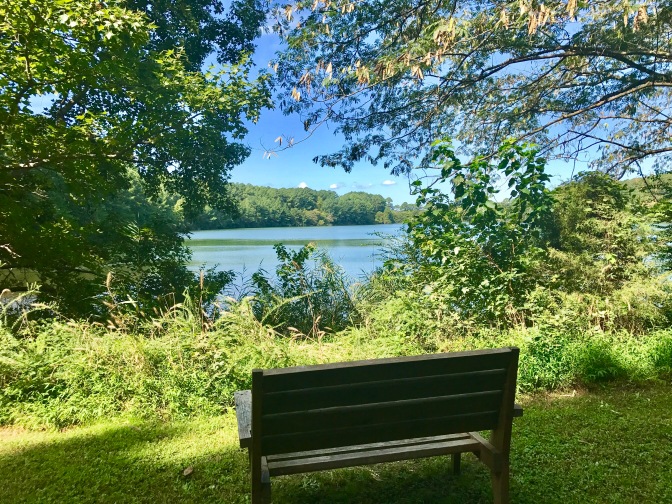 Little did I know the vast history of this area. Sharing from their website: “The creek is named for William Hoffler, a Revolutionary War militia captain. Colonized in the early 1600s, the area was valuable to farmers and fisherman who relied on the James River and channels of the Chesapeake Bay for trade and commerce. During the Civil War, Confederate soldiers encamped in the coastal forest witnessed the famous battle between the Monitor and the Merrimac.

The area was also considered strategically important to soldiers who fought in the Battle of Craney Island during the War of 1812. On June 22, 1813, Craney Island’s 737 American men defeated a British force of 2,500 that attacked by land, and 45 to 50 boats of soldiers who attacked from the James River. This American victory had a major impact on the War of 1812, saving Norfolk and Portsmouth from British occupation.

For centuries tributaries like Hoffler Creek provided truck farmers (“truck” means vegetables grown for market) with easy access to ports at the mouth of the Chesapeake Bay. In 1903, one truck farmer, John Wright Ballard, Sr., brought his bride Effie Toler Hathaway to his beautiful Queen Anne house with views of Hoffler Creek and Hampton Roads. John and Effie Ballard’s six children grew up on the farmland that would later become Hoffler Creek Wildlife Preserve. In the 1940’s and 50’s the Ballards began to plant parcels of land to timber, preparing it for sale to developers.

While most of the parcels surrounding the Preserve were sold to developers in the 1960s and 70s, Virginia Department of Transportation (VDOT) purchased the final142-acre parcel. VDOT dug sand and fill from a borrow pit at the center of the property for the construction of SR 164 (Western Freeway) and I-664. When the highway projects were complete, the borrow pit was allowed to fill with its unique mix of salt and fresh water and eventually formed a brackish lake. 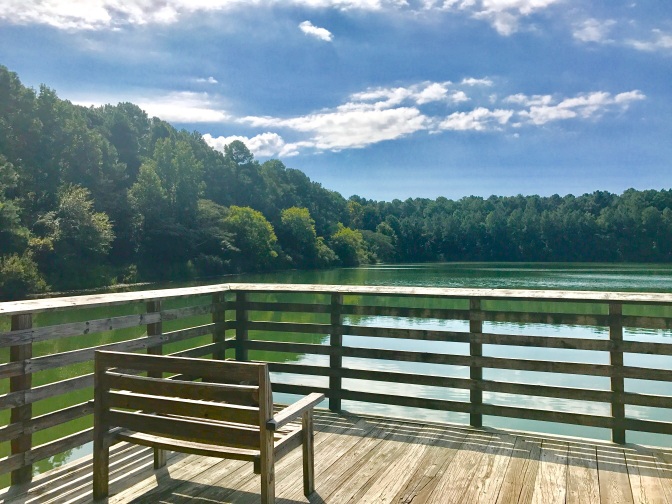 VDOT attempted to sell the last parcel for development in the early 1990’s. But members of the surrounding community who had been using the land for recreation and wildlife observation did not want to lose their wilderness. A group of neighbors petitioned the city to preserve the land. The city of Portsmouth accepted ownership of the parcel but tasked the concerned citizens with the management of the property. In response, these citizens formed Hoffler Creek Wildlife Foundation.” 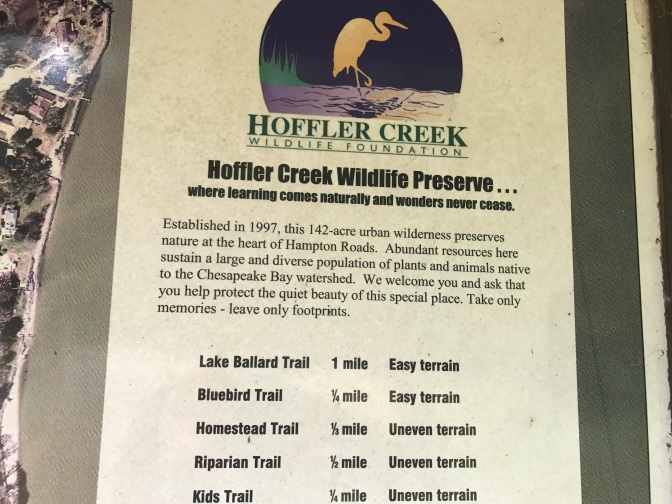 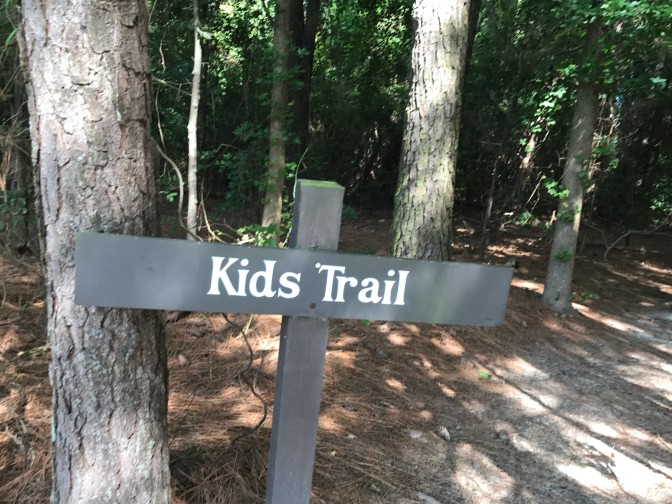 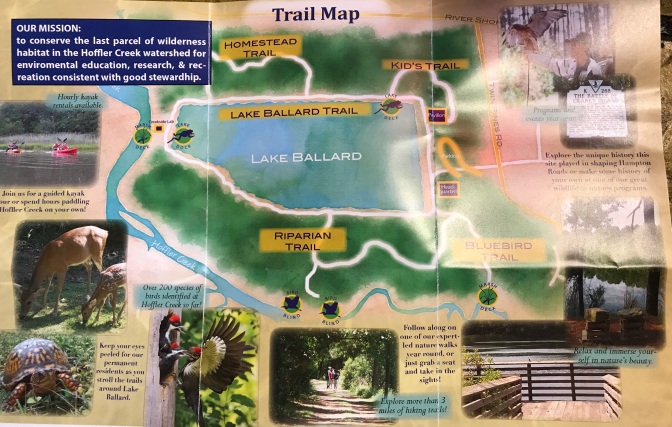 I hope you enjoy “my view” of my visit to Hoffler Creek Wildlife Preserve. http://www.hofflercreek.org/

Sharing my love of writing, traveling and sharing my favorite places near and far from "my point of view" View all posts by Lisa's Favorite Places

2 thoughts on “My Love of Hoffler Creek Wildlife Preserve”